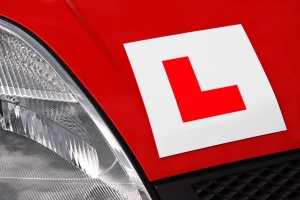 You may have heard in the news lately about some significant changes that could be introduced to the standard UK driving test. Tudor Driving School have been in this business for over 25 years but this has the potential to be the most significant change seen in some time. First up is the dreaded ‘three point turn’ which faces redundancy due to its supposed lack of relevance to modern driving. This is interesting given there are far more important manoeuvres and situations that have long gone neglected.

The DVLA have also released a statement that suggests they have been seriously reconsidering how effective the current test procedure is to new drivers. An unnamed spokesman from the agency has said “We are carrying out initial research to explore how the driving test could better reflect real life driving. Any future changes to the test would be subject to full public consultation”, the last part is an encouraging democratic move but we hope the consultation also comes from those who moderate and teach driving on a daily basis too.

So what’s going to happen next? 1000 learner drivers from the UK will be taking part in an exclusive trial of the new practical exam with the suggested changes. Reversing out of a parking bay, rejoining heavy traffic flow and following SatNav directions as part of an independent driving section are key additions to the reshuffle. The emphasis on motorway driving and joining traffic is welcomed as this is something many new drivers find daunting and struggle with.

For now we’ll have to see what the future brings but this reshuffle will affect all of our lessons and usher in a new era of modern test conditions. Till then, we shall continue to offer the absolute best in Lincoln driving instruction.